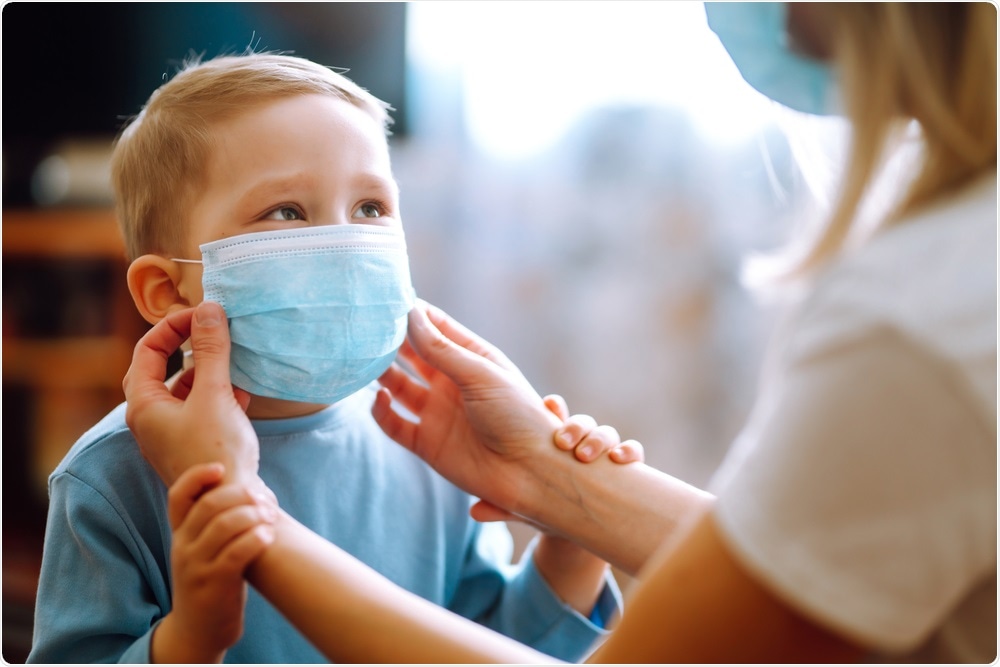 A surprising new study published on the preprint server medRxiv* finds that following mild coronavirus disease 2019 (COVID-19), children are significantly more likely to remain seronegative than adults, irrespective of the viral load or symptom severity. This finding has implications for the serological diagnosis of COVID-19 in children, as well as for their immunity following natural infection.

Children have been relatively spared during the ongoing COVID-19 pandemic. Not only has the number of infections among children been low compared to adult infections, but most have resulted in asymptomatic or mild infections.

However, the emergence of newer variants of the severe acute respiratory syndrome coronavirus 2 (SARS-CoV-2), especially the Delta variant, have changed these circumstances. This is because these variants have often been associated with resistance to neutralization by antibodies elicited by earlier variants and/or vaccination.

Natural infection is likely to elicit both humoral and cellular immunity, though the pattern in young people is not identical to that seen in adults. The changed immunologic profile in children post-COVID-19 is found to be correlated to milder outcomes in this age group compared to adults.

The parameters that determine a protective immune response to SARs-CoV-2 have not been identified; however, multiple studies have found that neutralizing antibodies are key elements in preventing infection. In addition, in over 90% of adults with COVID-19, the antibody response typically persists for 12 months or more.

This correlates with protection from reinfection by the same strain in 90% of seropositive adults. Comparatively, the current study discusses seroconversion in children.

The researchers compared seroconversion and cellular immunity in adults with that occurring in children, both being infected with the wildtype strain of SARS-CoV-2 in a household cohort in Melbourne, Australia.

The current study included 57 children and 51 adults, the median age being 4 and 37 years, respectively. All participants were known to have an asymptomatic or mild infection with SARS-CoV-2 as confirmed by polymerase chain testing (PCR) of nasopharyngeal or oropharyngeal swabs. Swabs were collected at baseline, along with convalescent blood samples taken at a median of 41 days from symptom onset.

A subset comprising 30 children and 19 adults from the PCR-positive cohort also had 2-4 nasopharyngeal swabs collected weekly. In this group, the baseline blood sample was taken at a median of 7-12 days, representing the acute phase, and a second sample at a median of 94 days.

In all adults, antibody levels increased significantly from the acute to the convalescent blood samples. This finding was absent in children. The validity of the findings were confirmed by a high degree of concordance between the results obtained using three parallel assays, as well as a microneutralization assay for SARS-CoV-2.

About 40% of infected children were found to be seropositive according to the convalescent sample, as compared to 61-74% of adults, depending on the assay. None of the children who failed to seroconvert at Day 41 did so by Day 94.

The participants with discordant results on any assay were then excluded from the analysis for risk factors influencing seroconversion. Both adults and children had similar viral loads at baseline, irrespective of seroconversion. The time to sample convalescent serum from the initial positive PCR result was similar in both groups.

Within each group, however, a higher viral load and a longer duration of viral persistence before being cleared from the body were linked to a higher seroconversion rate. A cycle threshold (Ct) value below 26 was linked to seroconversion in 80% of children as compared to more than 90% of adults, respectively. No difference was observed by sex or age within the children or adult groups.

In children, no significant association was found between viral load and antibody titers. The viral load was linked to antibody levels, but not to age, in seropositive adults and children alike.

Compared to uninfected adults, seropositive adults had a lower frequency of memory B-cells producing immunoglobulin G (IgG), while transitional B-cells, CD4 and CD8 T effector memory cells (TEM) cells were higher in frequency. Uninfected children had lower levels of transitional B-cells as compared to infected children; however, the other types of B- and T-cells were unaffected.

The innate immune response was also identical in children and adults, independent of seroconversion.

The current study’s findings demonstrate that fewer children with SARS-CoV-2 infection seroconvert than adults at similar average viral loads. The cellular immune response to the infection in adults is clearest in seropositive adults but not in children. This could mean that recovered children are vulnerable to reinfection over the long term compared to adults with a prior infection.

Earlier studies have suggested that over a third of adults with mild COVID-19 fail to seroconvert. Furthermore, these individuals had a lower viral load and were younger. This corroborates the findings of the current study.

An important observation is that a Ct value less than 26 is linked to seroconversion in adults and children, agreeing with earlier research. In addition, the finding that asymptomatic infection correlates of lower seroconversion rates and lower antibody titers in adults but not in children is supported by prior studies.

The immune response to SARS-CoV-2 appears to be different in children, even at comparable viral loads and exposure to the same variants. The reasons may range from the variation in antibody profiles and memory B-cell populations in adults and children.

However, the accompanying finding of more rapid viral clearance was not observed in this study, perhaps because of the small sample size. Further research is required in this area, especially since mucosal antibodies specific to SARS-CoV-2 in children are linked to the rapid resolution of symptoms and failure to seroconvert, as shown in an earlier family study.

The lack of seroconversion in children may cause them to be vulnerable to reinfection. Seronegative adults have an 80% higher chance of being reinfected; however, seroconversion with low IgG levels is also associated with seroconversion.

Reinfection is associated with community transmission as well. The current study was based on the wild-type virus; therefore, the findings cannot be extrapolated to the current situation, in which pediatric cases are rising due to the circulation of the Delta variant.

Further study will be required to determine if the Delta variant also causes lower seroconversion rates in children, especially since this is associated with a viral load that is 100 times higher than that with the Wuhan strain.

“This is the first study that documents a higher proportion of children who do not seroconvert compared to adults. Our findings have important implications for public health responses in controlling SARS-CoV-2 infection among children.”

medRxiv publishes preliminary scientific reports that are not peer-reviewed and, therefore, should not be regarded as conclusive, guide clinical practice/health-related behavior, or treated as established information.