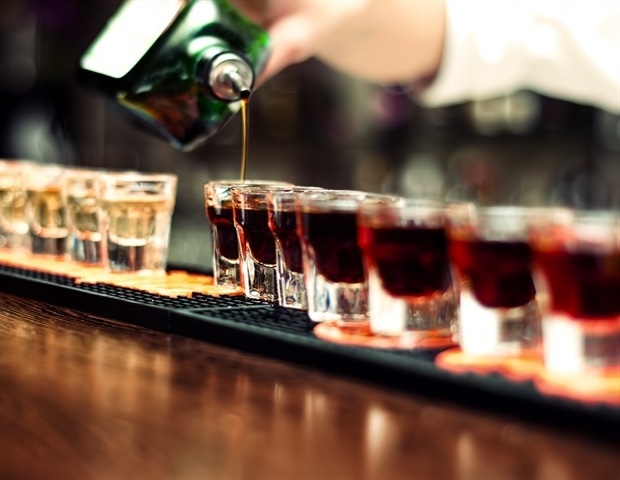 A recent study of teens and young adults found that several factors related to sleep timing and sleep duration are associated with an increased risk of cannabis use and binge drinking of alcohol during the following year.

Results show that a greater late-night preference predicted a greater likelihood of any cannabis use the following year. Greater late-night preference, greater daytime sleepiness, later sleep timing on the weekend, and shorter sleep duration during weekdays and on the weekend, all predicted an increased risk for more severe binge drinking the following year.

“Overall, the results suggest that teens in middle and high school may be more vulnerable to sleep-related risk for substance use,” said lead author Brant P. Hasler, who has a doctorate in clinical psychology and is an associate professor of psychiatry, psychology, and clinical and translational science in the Center for Sleep and Circadian Science at the University of Pittsburgh. “The particular pattern of sleep predictors in the middle school and high school sample is consistent with the ‘circadian misalignment’ caused by early school start times.”

Multiple years of data were analyzed from the National Consortium on Alcohol and Neurodevelopment in Adolescence. The sample comprised 831 participants, including 423 females. Participants were between 12 and 21 years of age at baseline. Results were controlled for factors such as age, sex, race, parental education, and previous year’s substance use.

“Sleep is modifiable behavior, and perhaps easier to modify than going after substance use directly,” said Hasler. “Furthermore, other studies show college-age teens are more willing to hear about changing their sleep than changing their substance use. Thus, focusing on improving teen sleep — including through delaying school start times — may be an underutilized but effective approach to reducing risk for problematic substance use.”

The research abstract was published recently in an online supplement of the journal Sleep and will be presented as an oral presentation on Friday, June 11, during Virtual SLEEP 2021. SLEEP is the annual meeting of the Associated Professional Sleep Societies, a joint venture of the American Academy of Sleep Medicine and the Sleep Research Society.

FDA Approves Pradaxa (dabigatran) as First Oral Blood Thinning Medication for Children
Is CBD Good For Your Skin? Antioxidants Could Help Solve Acne, Eczema And Psoriasis
COVID-19 Vaccines Safe, Effective for Patients With Migraine
Recharge Your Body With Dr. Berg’s Electrolyte Powder
No, Vaccine Side Effects Don’t Tell You How Well Your Immune System Will Protect You From COVID-19