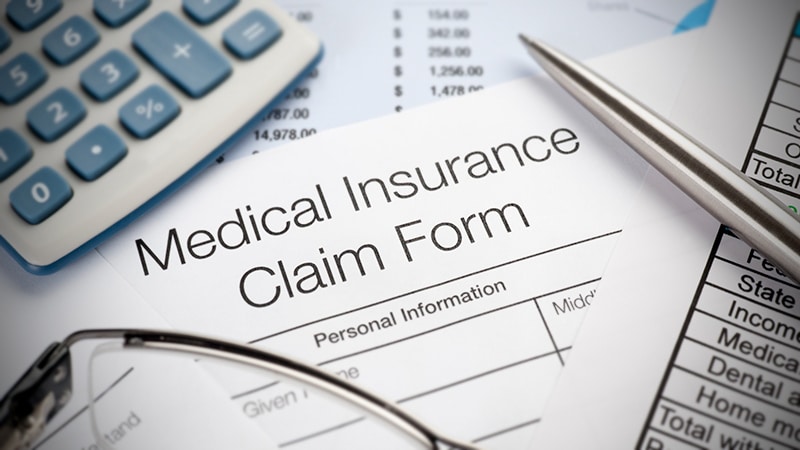 Patients with familial hypercholesterolemia (FH), particularly those with heterozygous FH, see their low-density-lipoprotein (LDL) cholesterol levels slashed with evolocumab (Repatha) and maintained out to 2 years, suggests data from the HEYMANS real-world analysis.

However, the results, in more than 800 patients with FH, showed that around half were not already on background statin therapy when they initiated the drug, despite having high baseline levels of LDL cholesterol.

The research was presented at the European Atherosclerosis Society (EAS) 2021 Virtual Congress on June 2.

Evolocumab is a monoclonal antibody (mAb) that inhibits proprotein convertase subtilisin/kexin type 9 (PCSK9). It has been shown in clinical trials to dramatically reduce LDL-cholesterol levels when combined with a statin.

It showed that, at drug initiation, “the vast majority of patients had LDL-cholesterol levels above 4 mmol/L, despite meeting…criteria for very high risk,” said Ray, from The Imperial Centre for Cardiovascular Disease Prevention, Imperial College London.

He nevertheless said that the reductions achieved with evolocumab were “similar to what we’ve seen in clinical trials.”

“The real challenge is now initiation and implementation of these treatments,” added Ray, who is also president of the EAS, noting that the high LDL-cholesterol levels seen at baseline “reflect the higher reimbursement threshold” for PCSK9 inhibitors.

Expanding on this, he told theheart.org | Medscape Cardiology that the low statin use in their study and reimbursement are “interlinked.” Whatever the guidelines say, “the gatekeeper to getting the drug is reimbursement,” with the main criterion being the LDL threshold required for reimbursement.

“How do you find a patient with an LDL-cholesterol level high enough?” he asked. “If you don’t tolerate statins, then you are more likely to be above the reimbursement threshold.”

“So basically what we find is we are picking up the outliers, the extremely high LDL [patients],” in HEYMANS, “rather than the big bulk of the population, which also means that…a lot of the patients who are receiving these drugs are effectively receiving mAb monotherapy.

“And if you do the maths and bring LDL cholesterol down by nearly 60%, you still aren’t going to achieve goals in everybody, which basically reinforces the point that you need combination therapy, ideally statins, bempedoic acid, oral agents making more LDL receptors, and therapies directed at PCSK9, making them live longer, so you achieve 75% to 80% reduction, he added. “That’s how you can link all of these together.”

Ray said they have done that analysis “and that’s exactly what you see.”

Explaining that there is a “big variation” in reimbursement thresholds across Europe, he said that, in countries with lower thresholds, the average LDL cholesterol at entry to the study is lower and there are “more patients getting to that threshold with a background oral agent.”

S. Lale Tokgözoğlu, MD, PhD, professor of cardiology, Hacettepe University, Ankara, Turkey, who was not involved in the study, commented that, in general, scientific developments and evidence-based guidelines do not translate sufficiently into real-world practice.

Tokgözoğlu, a former president of EAS, explained that this is particularly the case “since the LDL-cholesterol goals have become more stringent, especially for very high-risk patients.”

She told theheart.org | Medscape Cardiology that, outside of clinical trials, patients “tend to be older, may have more comorbidities, and are certainly less adherent than patients in randomized trials. It is therefore important to see how well we can get to goal with interventions in real life.”

Tokgözoğlu called the results from HEYMANS reassuring, but found the large number of patients not receiving statins, despite being at high risk, “troubling,” and emphasized that the drugs “should be the first line of therapy in these patients.

“The cardiovascular risk reductions we see in randomized controlled trials can only be achieved if the patients get to guideline recommended goals and stay there,” she said.

In his presentation, Ray reminded the audience that, in patients at very high cardiovascular risk, the 2019 European Society of Cardiology/EAS guidelines for the management of dyslipidaemias recommend at least 50% lowering in untreated LDL cholesterol and the addition of PCSK9 inhibitors when target goals have not been met despite maximally tolerated statins and ezetimibe.

Although clinical trials have shown that, when added to statin therapy, PCSK9 inhibitors are associated with a reduction in LDL-cholesterol levels of at least 50%, there are limited data on the use of the drugs in clinical practice, he pointed out.

To investigate further, his team used data from HEYMANS, an observational, multicenter cohort study in 12 European countries that included adults who had started evolocumab as part of clinical management after August 1, 2015.

They excluded patients enrolled in a PCSK9 inhibitor interventional study and those who received a commercially available PCSK9 inhibitor within 12 weeks of initiating evolocumab.

Data were collected from up to 26 weeks before starting evolocumab through the index date of drug initiation as part of clinical management, and up to 30 months of follow-up.

Diagnosis was confirmed using the Dutch Lipid Clinical Network criteria in 40% of the cohort, genetic testing in 32%, and LDL-cholesterol levels in 19%. The median period of exposure to evolocumab was 18.1 months.

Focusing on patients with heterozygous FH, Ray highlighted that 55.4% had hypertension, 55.1% were taking aspirin regularly, 46.1% were current or former smokers, and 21.8% had a body mass index above 30 mg/kg2.

Despite 73.2% of patients having experienced at least one cardiovascular event, 44.5% were not receiving a statin at study entry and 43.5% were not on ezetimibe, whereas 33.9% were on any statin with ezetimibe.

Median baseline HDL-cholesterol levels were 4.3 mmol/L, which Ray pointed out is “much above the current guideline level that would allow use” of a PCKS9 inhibitor.

A similar picture was seen in patients with homozygous FH, with 57.1% having hypertension, 54.3% current or former smokers, 45.1% taking aspirin regularly, and 20.0% having a body mass index above 30 mg/kg2.

Again, despite 82.9% of patients having experienced at least one cardiovascular event, 37.1% were not receiving a statin at study entry and 51.4% were not on ezetimibe, whereas 37.1% were on any statin with ezetimibe.

Median LDL-cholesterol levels decreased by 37.8% within 3 months of evolocumab initiation, from 4.28 mmol/L at baseline, with the reduction sustained over the whole of the follow-up period.

England: Smoking responsible for twice as many cancers in most deprived groups
Youth-onset type 2 diabetes is more aggressive and difficult to control, study shows
Think Like A Virus To Understand Why The Pandemic Isn’t Over Yet – And What The US Needs To Do To Help Other Countries
WHO officials try to figure out why delta is so much more dangerous than earlier Covid strains
Taking Care of Our Patients When Time Is Fleeting